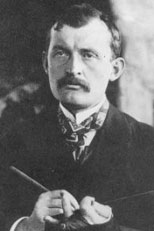 Edvard Munch (1863 –1944) was the Norwegian painter who is best remembered for creating The Scream (1893), a picture which has become an icon of modern anxiety and alienation. He was influenced first by Naturalism and Impressionism, but he soon matured as a Symbolist. He explored themes of death, sex, love, fear, and longing in a way that strongly influenced the German Expressionists.
Edvard Munch Artist Page
Comparison #1 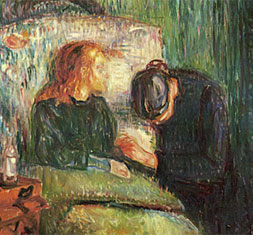 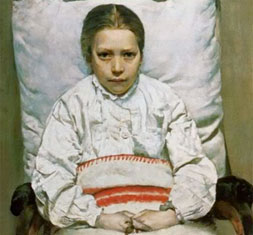 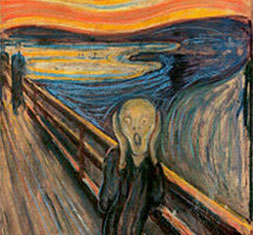 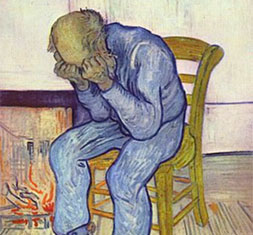 Edvard Munch's The Scream(left) uses expressive waves of color and undulating lines to depict himself in a moment of anguish. Vincent Van Gogh's Eternity's Gate(right) exhibits similar abstraction in an empathetic depiction of an elderly man.
Detailed view
Comparison #3 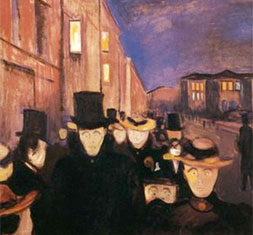 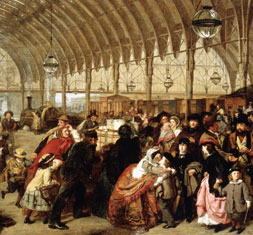