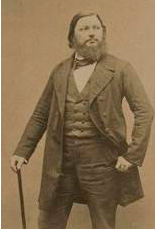 Gustave Courbet was the father of Realism in 19th century painting, the movement that held the first seeds of modernism. He challenged the classically influenced styles and subject matter that had been central to art since the Renaissance. While Paris's Louvre museum was dominated by paintings in the grand, idealising manner, Courbet forcefully asserted a personal vision based on observations of everyday life. His work was modern and aesthetically innovative, and it challenged viewers with political, social, and religious ideas.
Gustave Courbet Artist Page
Comparison #1 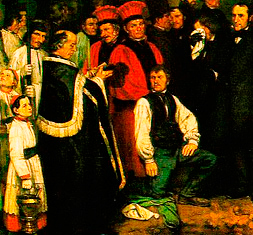 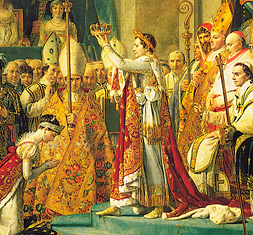 Courbet's Burial at Ornans (left) shows a simple country funeral. In contrast, Jacques Louis David's The Consecration of Napoleon (right) shows the event at which the Pope at the Cathedral of Notre-Dame consecrated Napoleon Bonaparte as emperor.
Detailed view
Comparison #2 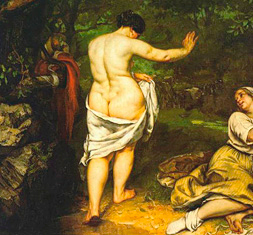 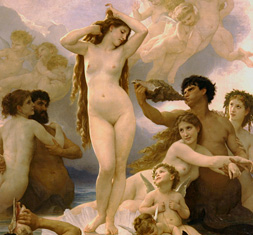 Courbet's The Bathers(left) addresses a respected tradition in Western art - the nude depicted in a natural landscape - but the picture sparked scandal. The standard he offended is exemplified by William-Adolphe Bouguereau's Birth of Venus. (right)
Detailed view

The Image Comparison Learning Tool was developed for The Art Story Foundation by Stephen Knudsen and Morgan Falconer. Please visit www.SteveKnudsen.com for full information on this methodology and for further information on The Beardsley ICU System.
IMAGE COMPARISONS
Gustave Courbet