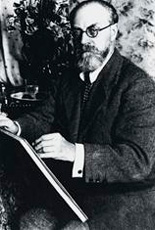 Henri Matisse is widely regarded as the greatest colorist of the 20th century. He sought to use color as the foundation for expressive, decorative, and often monumental paintings. As he once controversially wrote, he sought to create an art that would be "a soothing, calming influence on the mind, rather like a good armchair." To that end, he often embraced life-affirming content, and made innovative use of color, line, and form to accentuate surface pattern and to produce loose evocations of light and space.
Henri Matisse Artist Page
Comparison #1 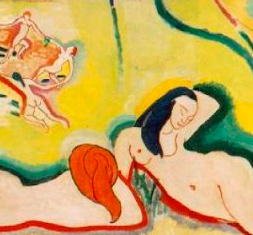 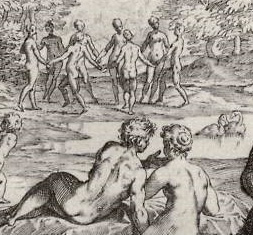 Matisse's Le Bonheur de Vivre ("The Joy of Life") (1905-6) situates itself within the classical tradition of the pastoral, typically an idyllic scene of contented nudes in a landscape. At its inception the picture was the most modern and radical challenge to the classical perfection and polished pastorals epitomized by Ingres's, The Golden Age (1862).
Detailed view
Comparison #2 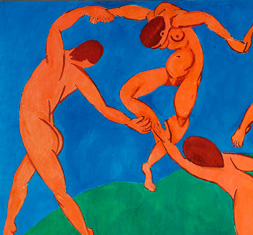 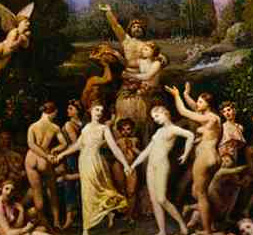 Among Matisse's early concerns was to develop a new kind of decorative art. One of his most striking achievements in this vein was Dance II (1910), which again draws on the tradition of the classical pastoral. Among the images that influenced it, is Reciprico Amore (1589-1595), an engraving by the Italian Baroque artist Agostino Carracci.
Detailed view