This painting is based on a photograph of the artist looking over her shoulder. She is in her forties, smiling, with long, flamboyant orange hair. Her light blue eyes are fixed on something outside the work, and her chin rests on her hand.

The bright self-portrait contrasts dramatically with its title, which refers to Hanna Arendt's controversial report on Nazi bureaucracy and the chilling normality of evil. This gap between the image and the word takes the painting to another dimension. Dumas clearly draws a parallel between the Nazi regime and the policies and practices of the apartheid. In the mid 1980s, when she finished this painting, apartheid was at its height. Dumas joined other South African artists engaged actively in diverse forms of political, social and cultural critique and resistance. Under this new light, the portrait here tends to be interpreted differently. Dumas in the painting does not seem as light but much more thoughtful. She looks behind her, to where she comes from, with an ironic smile. As a white person in South Africa, using self-portrait is a strong political statement, which makes the painting even more powerful. Questioning her own identity, Dumas places herself with humility as a potential perpetrator of evil acts and glances at the viewer as if saying: It could have been me, it could have been you.

She has commented about this portrait:

I have not come
to propagate freedom.
I have come to show the disease symptoms
of my time.
I am a good example of everything
that is wrong with my time.

This jarring portrait presents a little girl, larger than life at over six feet tall. She is naked and eerily luminous with translucent flesh. Her hands are blue and red, covered with something that could easily be identified as blood. The upper part of the body is bluish while the rest is yellow to white; the face is even paler. The feet are not finished but broadly sketched. The girl seems angry as she stares petulantly toward the viewer. Her nudity gives her a barbarous air and she has been sometimes described as "an evil force of destruction."

The striking portrait is based on a snapshot of Dumas' own daughter, Helena, who was simply finger painting on a hot summer day. By taking her entirely out of her original context, Dumas deceives the viewer and makes him/her look at her child in a very distinctive way. The artist herself, talking about this work, commented on the ambiguity of childhood with its cruelty and naiveté. A parallel can be drawn with Diane Arbus' famous photograph Child with a toy hand grenade in Central Park, NYC (1962). In it, the little boy also seems angry and threatening as he holds a grenade in his hand, yet he was merely growing impatient with the photographer and only wanted to return to his toys. This contrast between violence and innocence would mark much of Dumas' work.

The generalizing title of "The Painter" adds another layer to consider. The menacing little girl suddenly becomes a powerful force of creation. She becomes the artist, the source, and the genius. Dumas plays with the iconic, romantic representation of a painter with a bit of humor. At the same time, she pays homage to her daughter - a mother's source of everything from life and death, fear and glory, happiness and sadness. Through the image of an angry and fearful monster-like little girl, Dumas powerfully and emotionally paints about love and motherhood. Helena has commented about this work that it is one of the best paintings her mother has ever done.

The picture depicts an ordinary young bearded man, likely of North-African descent, who could be anyone's neighbor as the title suggests. He looks rather calm and peaceful.

However, this portrait is based on a well-known newspaper photograph of Mohammed Bouyeri, convicted in 2004 for the murder of Dutch filmmaker and journalist Theo van Gogh. On the day of the crime, motivated by fundamentalist religious beliefs, Bouyeri who was then 26, shot van Gogh several times, and then tried to cut his throat and decapitate him with a large knife before stabbing him in his chest. The brutal assassination caused great social turmoil in the Netherlands, increasing feelings of fear, xenophobia, and Islamophobia. This very controversial image was taken down in the Netherlands and is part of the Man Kind series, one of Dumas' most political series.

This courageous work raises questions surrounding fear and manipulation on all levels. In it lies the unconscious suspicion relayed by media and populist groups that all Arab bearded men in Europe are potential terrorists. Yet, with nothing to clearly identify the portrait as a real criminal, we realize he could simply be another of our "neighbors." The tension between our fears of appearing racist and our fears of potential danger has become a modern-day reality and Dumas' ability to emphasize this marks a key component of her artistic genius.

In the same series, Dumas also painted a portrait that resembles Osama Bin Laden entitled The Pilgrim. When it was exhibited together with The Neighbor at the Galerie Paul Andriesse in Amsterdam for the first time, the two works were notably shown in the gallery office and not in the exhibition space. Today, The Neighbor is said to be the most famous work by Dumas in the Netherlands.

A nude woman stands, bent over double, her rear and genitals exposed as if in offering. She appears inviting to, and deriding of, the viewer simultaneously. It is nearly impossible to look away from this languid lady who invites us to confront our own social norms and sexual taboos, so prevalent in society.

The work is part of the MD-light series based on personal snapshots of prostitutes from the famous Red-Light district in Amsterdam. Dumas invited some of the ladies into her studio and took Polaroids for source material. In the series, we can find several other works of women in the same unexpected and insolent position but the work Dorothy D-Lite is one of the most appreciated. It is probably the artist's attention to the medium of watercolor that makes it so special. Indeed, the informal qualities of the body rendering make the work even more sensual and seductive. Art historian Emma Bedford notes, "luscious paint alternates with minimalist application and empty ground" and adds about the openly displayed anus, "the focus of so much desire and taboo, [is] deliciously - and humorously - accentuated with a stroke of gold." Through this touch of humor, Dumas seems to restore a kind of humanity and vulnerability to her subject.

This large painting was first exhibited in 2010 in the exhibition Against the Wall at the David Zwirner Gallery in New York. The show presented a new series of works by Dumas on the theme of the Israel-Palestinian conflict. In this painting, a group of men are seen from behind, in front of a wall, raising their arms.

The work is derived from a photograph of Israeli soldiers searching Palestinian men in front of a wall. Dumas cropped the image to depict a section absent of soldiers. Through this sly process of elimination, Dumas gives her subjects anonymity and changes the picture's meaning. The wall transfers from a place of potential execution or arrest, becoming reminiscent of the most sacred holy site in the old city of Jerusalem. These men could very well be Israelis raising their arms in prayer in front of the iconic Wailing Wall, as the viewer is led on by the work's title in direct juxtaposition to its original source material. This shifting and mirroring effect suggests that the two nations' religious fanaticism, suffering, anger, and plight are connected and the same. These unidentified man, whichever side they are on, are sharing the same human experience.

The piece becomes a symbol of universal suffering instead of a symbol of an individual conflict or war. Dumas' gesture also shows the power of images used to manipulate us by the press and media, especially during armed conflicts. By removing the comfort of context, she shows how easy it is for us to be influenced by imagery. Again, she humbles herself by positioning herself in the role of the manipulator.

Like most of Dumas' works, Jen is based on a third source, this time a still from the 1970 film Fly by fellow female artist Yoko Ono. The experimental video, shot in extreme close-up, follows a fly as it explores the naked body of a sleeping actress named Virginia Lust. Here, out of its original context, the image is highly provocative and ambiguous. The title tells the viewer that the subject is a woman. Her eyes are closed and she seems to be asleep. The nipple accentuated by a touch of red on white skin offers a sexual overlay to the intended meaning of the film, which is meant to celebrate the human body. Dumas' Jen, with her eyes closed, might indeed be celebrating her own sexual pleasure as well. 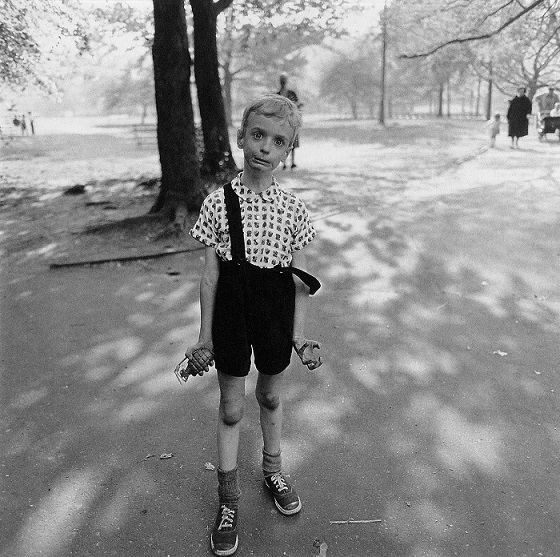