Although born in the South of France in the port city of Marseille, Honoré-Victorin Daumier spent his life primarily in Paris. His parents, Jean-Baptiste Louis Daumier and Cecile Catherine Philippe relocated their family to Paris in 1814 when young Daumier was only six. Jean-Baptiste, who was a glazier by profession, aspired to be published as a poet and thus was drawn to the French capital where he stood a far greater chance of being recognized for his literary skills.

According to biographies of Daumier, he displayed artistic talent from a very young age, although his father actively discouraged such pursuits, pushing him instead toward more pragmatic vocations. At age 12, out of necessity he began working, first as an errand boy for a law firm and after that as an assistant to a bookseller. By the time he was 14, Daumier's persistence paid off and he was allowed to begin taking informal art lessons with artist and antiquarian, Alexandre Lenoir, who was a friend of his father. He often went out alone to the Louvre to sketch in the sculpture galleries. In 1823, Daumier began studying at the well-known Académie Suisse, a instructor-less art studio run by Charles Suisse, a former model of Jacques-Louis David, that provided artists with low-cost opportunities to draw live models. Other famous students at Suisse's studio were Édouard Manet, Armand Guillaumin, Camille Pissarro, Claude Monet, and Paul Cézanne. At the same time, Daumier was employed with publisher and lithographer Zepherin Belliard, with whom he began learning and experimenting with lithography.

Daumier took to lithography and, having mastered it, began his career producing lithographic plates for music publications as well as creating advertising illustrations. He also took on printmaking for a variety of publishers, although that work was anonymous. During that period, as he was developing his own style, Daumier imitated the style of painter, printmaker, and designer, Nicolas Toussaint Charlet, with whom he shared political sentiments.

By the time he was 21, Daumier was creating caricatures using lithography, although still emulating the styles of other artists. After the 1830 Revolution in France, censorship was relaxed and he could begin expressing his political opinions more openly via illustrated pamphlets, which were typically fairly cheap to produce and easy to circulate. He became a contributor in an already well-established tradition of French political discourse: the popular press, including satirical images, critiqued the established order and often paid a high price for doing so during periods of intense censorship.

Two political satirists working in the 1830s were examples for the budding young caricaturist. Hippolyte Bellangé and J.J. Grandville produced dramatic lithographs documenting the rebellion of July 1830, three bloody days of rioting, when Paris rose up against the repressive regime of Charles X. The early years of Daumier's entry into the world of political satirical imagery provided him and other artists with abundant subject matter as the rule of Charles X's predecessor, Louis Philippe I, the so-called "Citizen King," were no less tumultuous before a subsequent revolution erupted in 1848.

During his early twenties, Daumier's friends and also roommates were like-minded bohemian types, including one of his closest associates, sculptor Auguste Préault, who apparently inspired Daumier to utilize sculpture to create his increasingly more brutal and biting political caricatures. He began producing small portrait busts of politicians in clay, basing them on sketches he made while attending parliamentary sessions. He frequently created two-dimensional, lithographic versions of the figurines, all of which were satirical verging on viciously truthful - likenesses that said as much about the interior workings of the subject as his physical appearance, although the latter was consistently strikingly accurate. His caricatures of 1834 collectively formed a controversial series he titled Le Ventre législatif (The Legislative Belly), a kind of cynical group portrait of the members of the National Assembly that was published in the journal, La Caricature, that same year. He followed it shortly after with a sequel far more sinister, Rue Transnonain, which documented the bloody aftermath of a police raid. Daumier had found his media and his artistic voice and it was both graphic and politically powerful.

In 1835, censorship was reinvigorated, La Caricature was silenced, and Daumier then turned his attention to social satire, examining Parisian society of all levels with his characteristic, unflinching sarcasm. From lawyers to the bourgeoisie to pompous artists and unscrupulous landlords, he spared no one. Most frequently, his lithographs were published in the journal, Le Charivari, also owned by Philipon, who had been at the helm of La Caricature. Daumier's work was regarded as the visual counterpart to Balzac's literary excoriations of Parisian society in the day. His artistic contemporaries were Eugène Delacroix, Jean-François Millet, and Charles-François Daubigny, with whom he often met at the Hotel Pimodan, near his home on the Ile Saint-Louis in the Seine River. Daumier had begun living there in 1840 with Marie-Alexandrine Dassy, who was a dressmaker. The couple had a son in 1846 and shortly after the child was born they got married. Two years later the little boy died, although there are no details concerning the circumstances surrounding his death. Indeed, as Daumier's few letters and journals contain little information about his personal life, his biography is quite limited.

By the mid-1830s, Daumier had begun making a name for himself in the genre of political and social caricature. The first two decades of his career were marked by his growing notoriety and the danger he faced as an often outspoken critic of the autocrat du jour and the larger political landscape. Another revolution in 1848 turned the tide for artists, if only briefly. After the monarchy of Louis-Philippe was overthrown, the rules of the artistic establishment were loosened and formerly marginalized artists like Daumier, who were largely self-taught or literally trained on the job, were allowed to enter works for potential selection in the annual Salon. While he refrained from submitting anything to the Salon as he was still new to painting in oil, having taken on self-instruction in that medium, he did enter a competition to produce an allegorical representation of the French Republic. Out of the 20 paintings submitted, Daumier's placed 11th. Encouraged by the jury of the competition, he began to devote himself more seriously to oil painting and subsequently produced a number of paintings with literary and classical themes. His painting was still, however, somewhat clumsy and was therefore largely ignored by critics. 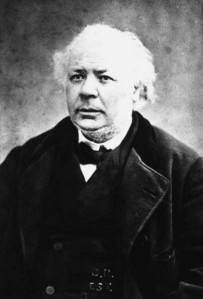 The tides of Daumier's career in some ways turned with the larger political ones. On December 2, 1851, there was a coup d'etat, the parliamentary constitution was abolished, and Louis-Napoleon was installed first as president and then quickly as emperor (in December of 1851). During the tumultuous period leading up to the demise of the short-lived French Republic, Daumier had turned once again to the mode of visual expression for which he was best known: he drew a series of fierce, polemical political cartoons and also created one of his most successful sculptural caricatures, Ratapoil (1851). This work encapsulated the political mood of the day: the figure was the quintessential "Bonapartist bully" of the kind that had tormented Parisian voters in the days leading up to the coup.

Following the coup and Louis-Napoleon's installation as emperor, once again censorship limited Daumier's artistic output. He returned to creating the less volatile social commentaries via caricatures in Le Charivari and also began spending more time outside of the city in Barbizon in the company of Millet and Rousseau and on the Oise River with his good friend, Daubigny. By that time, in a kind of merging of style, his lithographic work had taken on a more painterly look, which was probably a result of the influence of his painter friends. By 1853 he had stopped exhibiting at the annual Salon, although he continued to paint. In 1860, he lost his job at Le Charivari as his work seemed no longer to engender public favor. In order to make a living, he began producing watercolors featuring contemporary themes as such works were in great demand on the art market. The paintings had a sketch-like and documentary quality, describing everyday life in Paris, whether featuring railway passengers, stage performers, or lawyers in court. His oil paintings had a caricature-like feel as he once again merged styles from one medium to the next. 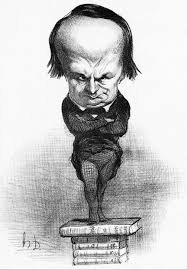 Daumier's fortunes changed again when he was given a new contract with Le Charivari in 1864. Tragically, as he resumed his work, creating the social and political satire of which he was so masterful, his eyesight was failing. Yearning for the quiet life in the countryside, he began staying for longer periods in Valmondois, where he had rented a modest home that eventually became his permanent refuge. In 1870, the French government offered him the cross of the Legion of Honor, although discreetly rather than publicly. He declined the offer. He continued to create lithographs and to paint but consistently struggled financially.

The devastating Franco-Prussian War of 1870 to 1871 deposed Napoleon III and, during the brutal siege of Paris by the Prussians, Daumier, having been elected as a member of the commission to oversee protecting the works of art at the Louvre, actively opposed Gustave Courbet's efforts to demolish the Vendôme Column. It was during this tumultuous period in the history of France that Daumier produced some of his most powerful works, lithographs relating to war, civil unrest, the ensuing deprivation of the siege, and so forth. Those prints constitute his final works in that medium.

In 1874, Jean-Baptiste-Camille Corot, who had become a close friend, helped him purchase the house in Valmondois. On February 10, 1879, Daumier died after suffering a paralytic stroke, leaving behind many unfinished paintings. When there was a resurgence of interest in his work after the turn of the century, a number of the incomplete works, many of which were by then in poor condition, were restored or even finished, including being provided with signatures - clearly not by the hand of the artist, however. As a result, his body of work is difficult to reconcile in terms of which portions are authentically, fully created by Daumier.

The Legacy of Honoré Daumier

Daumier's prolific output of lithographs and watercolors far outstretched that of his painting and sculpture. However, his work in each medium has its own particularities, from his judicious use of color in painting and watercolor and the emotionally expressive rawness of his sculpted forms to the brilliance with which exploited the range of tones as well as extreme contrasts of light and dark in his black-and-white lithographs. The range of his influence is also broad; his work and his often controversial social and political critique is said to have impacted artists as diverse as Constantin Meunier, Gustave Courbet, Edgar Degas, Édouard Manet, and Henri Matisse as well as his contemporaries such as Jean-Baptiste-Camille Corot and Jean-François Millet. In his day, poet and art critic Charles Baudelaire referred to Daumier as "one of the most important men, not only... in caricature, but also in modern art."

Daumier's Realism, which most often involved social commentary ranging from tongue-in-cheek to unflinchingly honest, laid the foundations for future generations of artists. In his own day, the images of society's cast-offs - absinthe drinkers, bar maids, panhandlers, and the like - by Manet and Degas were inspired by his own sympathetic but not saccharine vignettes of daily life. Subsequent generations of artists in Europe and America, from the German Expressionists to the Ashcan School and American Scene painters followed Daumier's lead in depicting members of their respective societies, often focusing on the working class and the poor to highlight social ills.