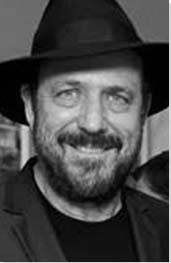 Born in 1946 in the New York City borough of the Bronx, Alan Sonfist is as much a product of his place as of his time. The Bronx underwent enormous changes in the years following World War II. Once a destination for upwardly mobile working-class families, by the time of Sonfist's childhood the area is riven by gang violence and in a general period of economic decline. By the 1970s, the Bronx entered the national lexicon when the phrase "the Bronx is burning" became shorthand for late-20th-century urban blight and decay. Indeed, parts of the Bronx were burning as fires ravaged whole city blocks.

Amid the concrete and violence, Sonfist found sanctuary - what he cites as the original inspiration for his art - in an ancient patch of precolonial forest near his home where his mother and father would take him to play. In this hemlock forest he developed a connection with nature, skipping school at times to collect seeds, leaves, and rocks, occasionally spotting deer and foxes. Drawings from later in his life depict the hollow tree trunk, where he remembers his parents placing him when he was very small. His affinity to these scarce remnants of the natural world deepened as he discovered the Bronx Zoo and the Bronx Botanical Gardens. Trips with his mother to the city's many museums cemented his fascination with nature, as he found himself equally drawn to the paintings of the 19th-century Hudson River School, the landscapes of Thomas Cole and Asher Durand, and the taxidermized animals and painted dioramas on display at the American Museum of Natural History.

Although Sonfist studied art during high school - notably at the Art Students League - he did not consider art a viable career. Instead, after graduation, he enrolled in agricultural school in Illinois to pursue his interest in plants and growing things. That experience proved to be deeply disappointing, however. He was put off by the business of farming, which he saw as a commercial enterprise interested more in money than plants, concerned only with the buying and leasing of land. This "crisis" spurred him to return to art classes. Moreover, a serendipitous encounter with the writings of Gestalt psychologist Hoyt L. Sherman, whom he then contacted and studied with directly, prompted him to rethink his approach to art more generally, as he moved away from the representation of nature - drawings of trees, for example - to presenting natural elements and processes as an artistic language in and of itself. This shift opened up a whole new realm of practice for Sonfist, whose work from the late 60s and early 70s included displays of glass and plexiglass containers of crystalline formations, patterns of microorganisms, and paper/leaf combinations in which the leaves would shrivel and die. These works, like those of many of his contemporaries, marked a continuation of the Neo-Dada challenge regarding what, precisely, constituted a work of art. Sonfist referred to this challenge in an interview in the New York Times on the occasion of his first solo exhibition at the Palley Reese Gallery in Soho in 1970, noting of the Dada artist Marcel Duchamp that "He claimed man-made objects works of art. I claim natural phenomena." Sonfist's return to the East Coast after agriculture school in the summer of 1965 marked a period of public recognition and success and established him as a significant voice within the Environmental Art movement. Although only 19 at the time, Sonfist conceived what might be his most well-known work, Time Landscape (although not completed until 1978). With the same boldness as when he snuck into the animal cages at the Bronx Zoo as a child, Sonfist approached the mayor, the Museum of Modern Art, the Metropolitan Museum of Art, and the New York City Parks Department with plans for a public park to be planted with the indigenous species predating colonial arrival in the area. Although told he was too young to execute it at the time, Sonfist nevertheless did see to the completion of the project 13 year later in 1978. Although Time Landscape may appear to be just another urban park, in fact it marks a major rethinking of the public monument, commemorating, as it does, not a human event or figures (such as those for whom the streets around it are named), but the past as remembered and experienced through an earlier precolonial phase of the landscape.

While Sonfist was making a name for himself in the New York City art scene, absorbing many of the principles of Conceptual art, Performance art, site-specific art, and happenings, which were disrupting the traditional conceptions of the time, he was also experiencing the loss of his childhood neighborhood most profoundly. Returning to the Bronx in the 1970s, he remarked that it "looked like World War II." With his parents now relocated in Queens, he moved his home and studio to Mulberry Street in Manhattan.

In 1972, Sonfist spent three weeks in a remote jungle in Panama tracking and collecting a colony of Eciton hamatum, a species of army ant, for a planned exhibition, "Army Ants: Patterns & Structures," to be held at Automaton House in New York City. The ants would be exhibited live, allowing viewers to observe their intricate movements and patterns as they searched for food within a 16 by 24-foot sand-filled enclosure. Towards the end of the Panama trip, however, Sonfist fell off a cliff and nearly died. Although he was able to make it to the exhibition, he collapsed soon after from his injuries, and spent the rest of 1972 and into 1973 recuperating on the Caribbean island of St. Croix. As part of his healing process, he mimicked the actions of various animals (as he had done as a child) and documented the results in photographs. When he returned to New York, however, he was deeply upset to learn that his Army Ant colony had died due to a heating malfunction two weeks following the exhibition's opening.

Distressed by the death of his ant colony, Sonfist turned his attention to site-specific projects, aligning himself more closely with the works of some of his contemporaries in the Land Art (or Earthworks) movements, such as Michael Heizer, Robert Smithson, and Walter de Maria. But Sonfist was never committed to the monumental projects of those artists, which often involved large machinery, colossal structures, and deep mark-making in the earth itself. His work consistently draws on a vocabulary and scale that stress the generative and restorative aspects of the landscape, working, as one writer noted, "at the border between Land Art and landscape architecture." His reliance on his own research of a given area and on the advice of regional experts signals his interest in the specific histories of the sites he chooses for his projects. By layering these histories, he presents a complex vision of the past, present, and future of the fragile and ever-changing ecosystems that humans share with the rest of the natural world.

Although Sonfist creates projects all over the world, he continues to live and work in New York City. In a comment that clearly harks back to his own experience growing up, he noted that "New York has probably one of the most impressive learning experiences in this country, and the diversity of the city opens a door. I thought it was important for my child to have that opportunity. I could've lived any place, and I'm always considering the option of moving, and that'll probably, eventually, happen."

The Legacy of Alan Sonfist

While Sonfist is most often described as a pioneer of the Land Art movement, his work and creativity have spanned multiple decades, multiple movements, and in fact represent an important bridge between the early stirrings of ecological awareness in the 1960s and our much more urgent understanding of climate change today. As an artist who has consistently embraced new ideas, new materials, and new processes, he defies easy labeling, which makes it difficult to limit his legacy.

In expanding the notion of the public monument as a place where natural and urban history intersect, Sonfist can be seen as anticipating the interventions of architect/sculptor Maya Lin, best known perhaps for her Vietnam War Memorial but also her more recent Ghost Forest (2021), as well as Agnes Denes's Wheatfield (1982). His writings and continued experimentations offer each new generation of contemporary artists a way of conceiving of the natural landscape as a site of wonder and as a process of renewal and reclamation, and also serves as a call to action to protect and preserve the natural world.