Eadweard Muybridge, then Edward James Muggeridge, was born in Kingston-upon-Thames, a market town southwest of London, in 1830. England changed rapidly during his youth, as the Industrial Revolution widened the gap between the wealthy and those living in poverty as new technologies were developed and traditional agriculture waned. Muybridge's father worked as a coal and grain merchant and this position, coupled with the position of Kingston-upon-Thames as a trade centre, meant the family were secure despite the changes. Muybridge and his two younger brothers were exposed to the delights of the modern age without the dangers. Muybridge was reportedly adventurous as a child, with a desire to explore the world from an early age. Muybridge's father died in 1843 and his mother took over running the family business, which operated successfully into the 1850s.

Muybridge, whose name's spelling transformed a number of times throughout his youth, initially left Kingston-upon-Thames for London, where he worked as a sales agent for the London Printing and Publishing Company. This job allowed him to make his way to New York and San Francisco, where he arrived between 1852 and 1855. California was, at the time that Muybridge arrived, a relatively new state in the midst of a gold rush and Muybridge positioned himself to cater to the growing mercantile class, opening a bookstore and an office for the London Printing and Publishing Company. Muybridge's building was next door to the daguerreotype studio of R.H. Vance, one of the most important photographers documenting the gold rush, and was shared with William Shew, a portrait photographer. While the specifics of his introduction to and training in photography are unknown, Muybridge soon began to sell others’ photographs, alongside books and engravings.

Muybridge's two younger brothers arrived late in the 1850s to work alongside him as booksellers in California and he took advantage of this to make plans to return to Europe in 1860 for work, travelling via St Louis and New York. His stagecoach, however, hit a tree in Texas, leaving Muybridge with a severe head injury. He went to Arkansas, New York and then London for treatment.

While in England, Muybridge filed a lawsuit and won a settlement from the Butterfield Overland Mail Company in 1861 and applied for patents for two inventions, one of which was a metal plate-printing device and the other of which was a kind of washing machine for textiles, exhibiting these in London at the International Exhibition of 1862. It is almost certain that Muybridge would have seen the significant display of photography held at the exhibition, with an emphasis on technologies that could shorten exposure times, and followed the event's central debate over whether photography was an art or a science. There is little information available on Muybridge's activities in these years, though he had become financially involved with mining in Nevada and banking in Turkey by 1865 and must have worked to develop his understanding of photography while in the United Kingdom. His speculative ventures collapsed in the Panic of 1866 and Muybridge returned to San Francisco after this, beginning his career in photography under the name HELIOS Flying Studio. Muybridge's background gave him an excellent ability to promote his own work and he quickly established himself as a "view artist," marketing himself to art galleries, collectors, government bodies, railroad companies and newspapers.

By 1868, Muybridge had established himself as a photographer specialising in Californian landscapes, positioning himself as a competitor to Carleton Watkins, who had pioneered photography in Yosemite Valley. In 1871, Muybridge married Flora Stone, having assisted her in securing a divorce from another husband earlier in the year. Stone had worked with Muybridge as a retoucher and was supportive of Muybridge's photography and frequent absences for work that involved travelling, though Muybridge quickly became suspicious of his wife developing independent interests and spending time with others.

It was around this point in time that Muybridge began his most significant professional relationship, with the industrialist Leland Stanford. In 1872, he visited Stanford's ranch in Palo Alto to take his first photographs of a horse in motion, intended to settle a bet Stanford had as to whether all four of a horse's hooves left the ground simultaneously while galloping. These experiments, in which Muybridge attempted to increase exposure speeds in order to create an image of paused motion, would continue over the remainder of Muybridge's life. 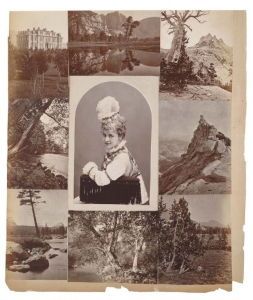 In 1874, Flora Muybridge gave birth to a son, Florado Helios Muybridge. Muybridge's mother died only a few days after this, disturbing Muybridge emotionally and complicating his feelings about the birth. Muybridge reportedly discovered a photograph of his child bearing the inscription 'Little Harry!' leading him to believe that the child had been fathered by another man, Harry Larkyns, with whom his wife was acquainted.

In October, Muybridge made his way to Yellow Jacket Mine, where Larkyns lived, arriving at night and asking to see him, introducing himself with the phrase "My name is Muybridge and I have a message from my wife." In the most widely circulated version of these events, Muybridge then produced a revolver and shot Larkyns, killing him. It is difficult to know the degree to which Muybridge's motivations or actions were embellished by the press, which covered the murder in great detail, but there was and is consensus that Muybridge committed the act.

Muybridge was jailed for four months awaiting his trial for murder, in which he was acquitted by a jury of elderly men who sympathised with Muybridge's reasons for killing Larkyns, particularly as his lawyer, William Pendegast, argued that in losing his "home, wife, child, content and peace" Muybridge had lost enough. Muybridge's renown as a photographer played a significant role in securing his freedom, as Pendegast argued that his genius was such that he must be able to continue to work.

Flora Muybridge divorced her husband soon after the trial and died almost immediately after this, leaving Floredo Muybridge to grow up in orphanages. Muybridge's belief that the child was not his has been questioned, with Floredo Muybridge coming to bear a close resemblance to Eadweard Muybridge later in life. Muybridge returned to photography several months later, travelling to Central America on a commission by the Pacific Mail Steamship Company that had been delayed due to his trial.

The scandal did not dampen Muybridge's career. Back in California, in 1877, he was invited to return to Leland Stanford's ranch, where he began to create quick-exposure studies of animals and people in motion, famously capturing the gait of Stanford's racehorses. By 1881, Muybridge had invented the zoopraxiscope, which allowed him to reverse the process he had refined, setting still images in motion. In 1883, Muybridge moved to the East Coast to take up a position at the University of Pennsylvania, allowing him to continue his studies of the human body in motion, capturing actions including, running, somersaulting and pouring water. He gave lectures and demonstrations across Europe and the United States, but found his success marred by the publication of The Horse in Motion by J.D.B. Stillman and Leland Stanford, in which the pair downplayed Muybridge's contributions to the earlier motion studies, suggesting that he was hired simply to execute the ideas of others. Muybridge took Stanford to court for damages over this, spending three years arguing a case that he ultimately lost. Nonetheless, Stanford and Muybridge appear to have partially reconciled by 1892, when the photographer again visited Palo Alto.

In 1894, Muybridge returned to Kingston-upon-Thames, where he spent the last decade of his life gardening. Muybridge was not active as a photographer in this period, though he continued to lecture and published two books, Animals in Motion and The Human Figure in Motion, featuring his earlier work. Suffering from prostate cancer, the photographer spent much of his time setting his affairs in order by disposing of unwanted papers and arranging for his photographic work to be left to the Kingston Museum and donating copies of his books to the University of California in an apparent attempt to reassert the importance of his centrality, as opposed to that of Leland Stanford, in documenting the horse in motion. The photographer died in 1904, at the Kingston-upon-Thames home of his cousin, Catherine Edith Smith. The slab marking the burial of his ashes at Woking Crematorium granted one last change of name, accidentally engraved with "Maybridge."

The Legacy of Eadweard Muybridge

Eadweard Muybridge had a substantial impact on artists working across a range of media and a variety of subjects. His images of Yosemite influenced later work in the same region by Ansel Adams and his use of unconventional perspectives can be seen in the more recent work of Andreas Gursky and Mark Klett; the influence of Muybridge's application of photography toward documentary and propaganda purposes is clear in work by Lewis Hine and Dorothea Lange. Muybridge's work as a technological innovator played a significant role in the subsequent development of moving images by William Dickson and Thomas Edison.

Muybridge's most pronounced impact was on painters taking animals as subject matter; his studies of horses in motion provided insights that shaped the ways in which Edgar Degas and Jean-Louis-Ernest Meissonier represented these animals. His studies of bodies, animal and human, provided a substantial body of data that informed understanding of anatomy and motion, informing artists as distinct as Thomas Eakins, who studied Muybridge's photographs in order to enhance the realism of his work, and Marcel Duchamp, who drew from Muybridge's work as he explored repetition and distortion, using abstraction as a means of exploring the uncanny nature of making visible that which is beyond human perception. More recently, the impact of these studies on the idea of serialisation can be seen in conceptual artworks that directly reference them, such as Eleanor Antin's Carving a Traditional Sculpture (1972) and Hollis Frampton and Marion Faller's Sixteen Studies for Vegetable Locomotion (1975).